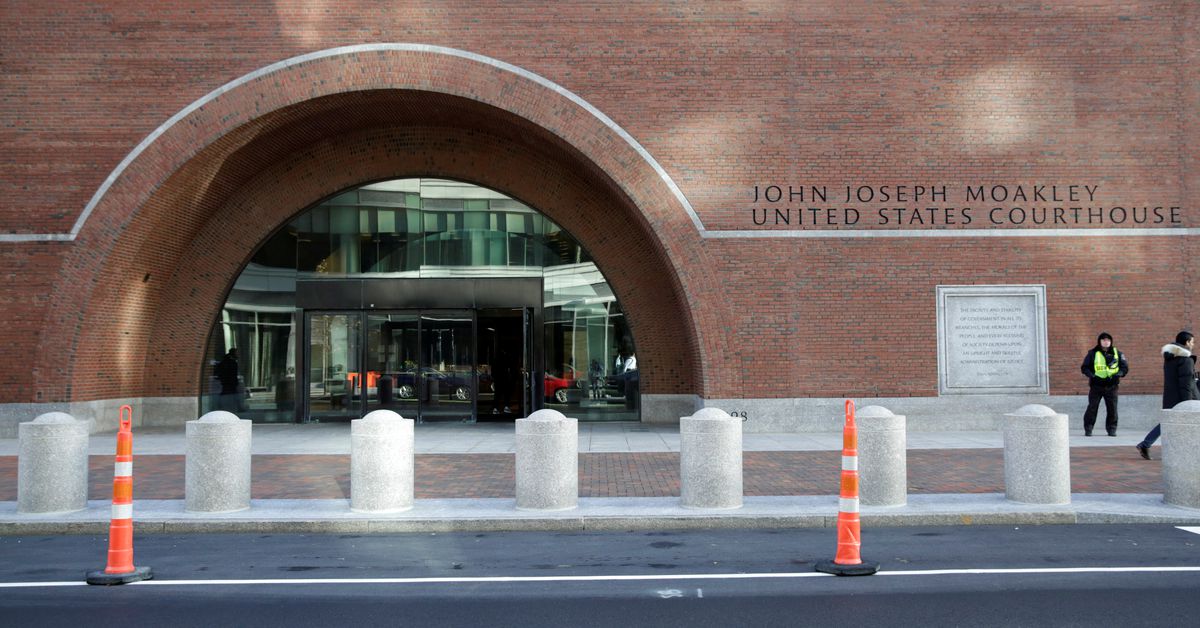 SpineFrontier founder and chief executive officer Kingsley Chin, 57, of Fort Lauderdale, Florida, and chief financial officer Aditya Humad, 36, of Cambridge, Massachusetts, as well as the company itself, were accused in an indictment in Boston federal court of violating the federal Anti-Kickback Statute and conspiracy to commit money laundering.

"Kickback arrangements pollute federal health care programs and take advantage of patient needs for financial gains," said Massachusetts Acting U.S. Attorney Nathaniel Mendell. "Medical device manufacturers must play by the rules, and we will keep pursuing those who fail to do so, regardless of how their corruption is disguised."

Prosecutors said the defendants entered into consulting contracts in which they agreed to pay surgeons between $250 and $1,000 per hour for consulting work.

In fact, prosecutors said, surgeons did little if any consulting work, and the payments served as bribes to use SpineFrontier products. The defendants' payments through the scheme amounted to millions of dollars, they said.

Government health insurance programs, including Medicare and Medicaid, were billed for the use of SpineFrontier products induced by these bribes, according to the indictment, violating the Anti-Kickback Statute.

The charges of violating the Anti-Kickback Statute carry a maximum prison sentence of 10 years, while the money laundering conspiracy charge carries a maximum sentence of 20 years.

The U.S. Department of Justice last March brought civil claims against the company over the alleged scheme, intervening in a pair of whistleblower lawsuits, which remain pending. It said at the time that five doctors had admitted to accepting kickbacks from the company and would pay $1.56 million to resolve related claims against them.

In August 2020, Missouri surgeon Jason Montone and Kansas distributor John Balzer pleaded guilty to criminal charges of taking kickbacks from SpineFrontier. They are scheduled to be sentenced in March.

Brendan Pierson reports on product liability litigation and on all areas of health care law. He can be reached at brendan.pierson@thomsonreuters.com.

Source: https://www.reuters.com/legal/government/spinefrontier-execs-arrested-charged-with-kickback-scheme-2021-09-07/
Admin 7 months ago
previous post next post
We use cookies to ensure that we give you the best experience on our website. If you continue to use this site we will assume that you are happy with it. Ok